Building Science is something I’ve been interested in for many years now. Below I’ll go over how that intersects with my current and largest project to date, a Pretty Good House which is a house almost as good as a passive house but trades off some of the ridiculous insulation and glazing for a reasonable operating cost (utilities)

My wife and I are adding a ~1000 sqft living space over a garage behind our business. The only source of power we’ll have is electricity, I don’t want gas/oil/propane inside the structure for indoor air quality reasons and general safety. So we heat with electricity, which can be expensive in a zone 5  borderline 6 climate where we live. To mitigate the costs of heating I’m building a super insulated and super airtight structure. The airtight portion is by design, there will only be a few openings in the entire structure where bulk air could leak through while the rest of it is sealed. Don’t worry about ventilation, I’ll have a heat exchanger which I’ll go over in a later post.

The superinsulated specification is a bit more complicated. Because I wanted to maximize the available floorspace in the second story above the existing structure I determined the insulation must be outside the 2×4 studs (2×4 again to maximize floorspace). To reduce my contractor’s construction quote it should be somewhat standard construction practices for the area. For this I decided on rigid exterior foam panels. My desire was for an R40 wall. Conveniently there is a guy somewhat local that sells reclaimed foam, the best $/R foam he had was 2.5″ Polyisocyanurate panels from an old commercial building. So I loaded up a borrowed trailer (Thanks Lynne!) and my truck and 7 hours of driving round trip I had my insulation. This was $16/sheet and I needed about 82 full sheets for 2 layers around the entire perimeter. The reclaimer threw in some additional sheets because many of the sheets were not perfect (either cracked, chewed, missing pieces). All in all I had 6*16 or 96 sheets total. 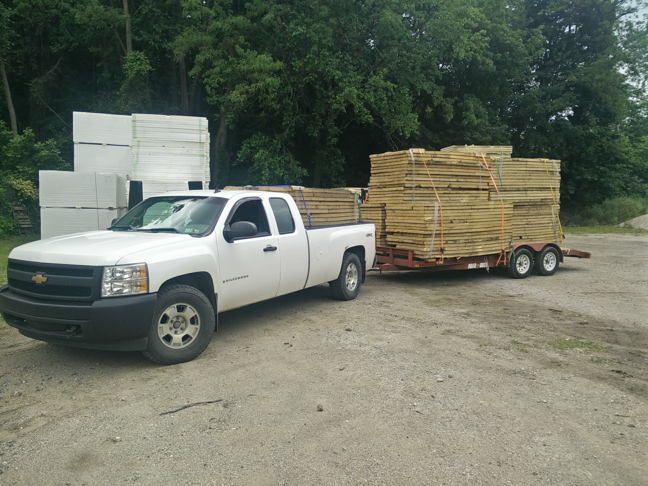 These were installed 2-layers at a time with staggered seams, furring strips and 7″ long screws. 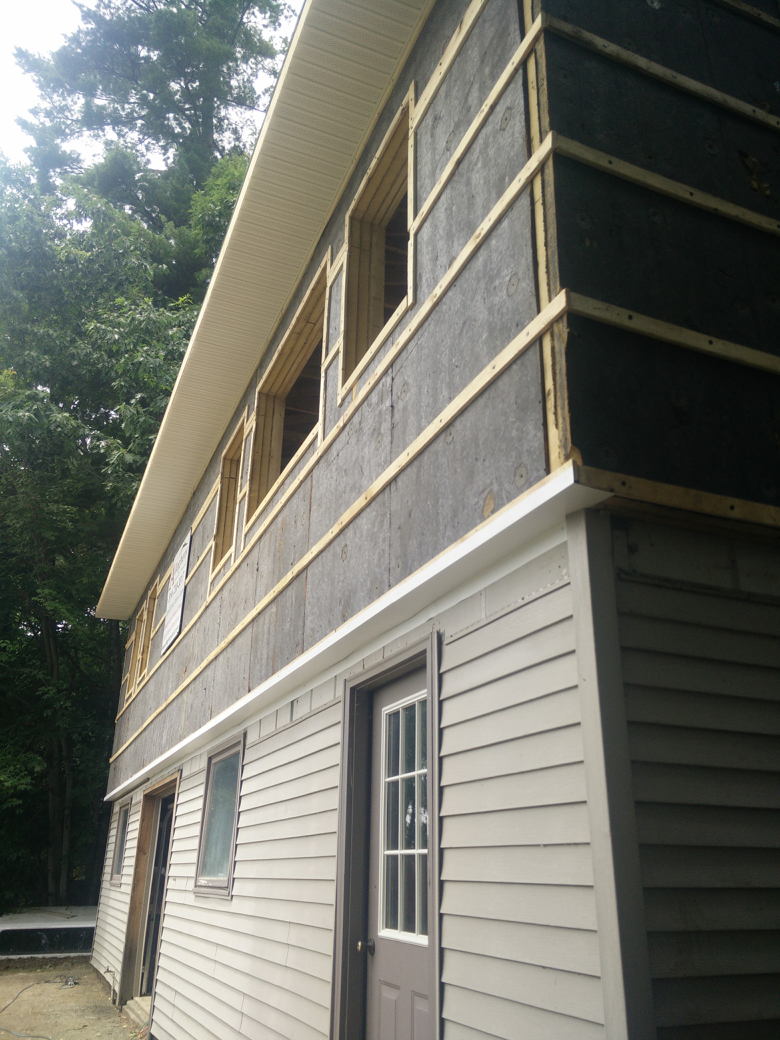 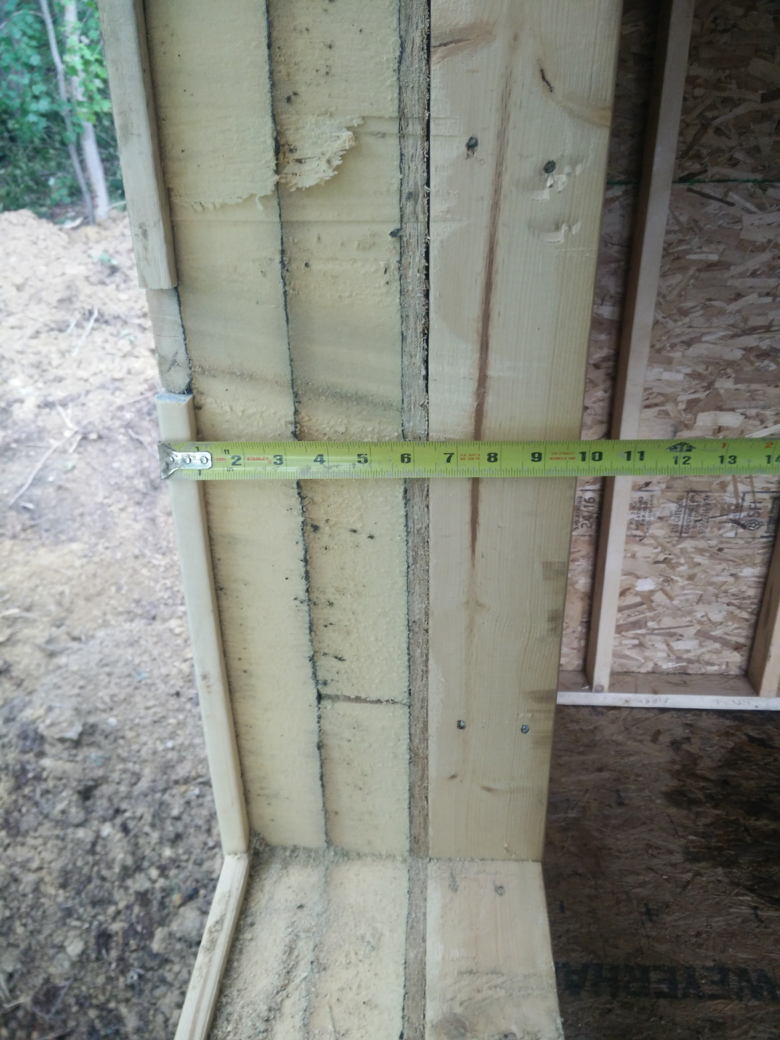 *Note the insulation is slightly compressed by the furring strips.

Below is a table showing all of the layers of the wall and their r-values along with a total of about R-40. This is a rough approximation and does not consider the effects of windows, doors, or the thermal bridging effects of the screws/nails/studs/headers and assumes one complete stud-bay. A thick build-up of polyiso has a higher effective R-value. New virgin polyiso has an R-value of 6 or 7 but as it off-gasses it becomes less effective. I used this data to compile my totals, other similar tables are all over the internet.

In future posts I’ll go over a bunch of other factors that make this a pretty good house like site orientation, floor and ceiling insulation, windows, doors,  and HVAC.